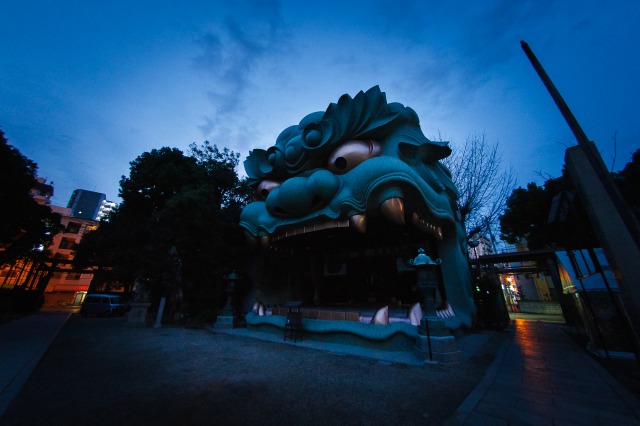 In a back alley of the Osaka Namba area, affectionately nicknamed “Minami,” there lies the ancient Namba Yasaka Shrine, called Namba Shimonomiya, that is gathering followers as a guardian deity of their birthplace. 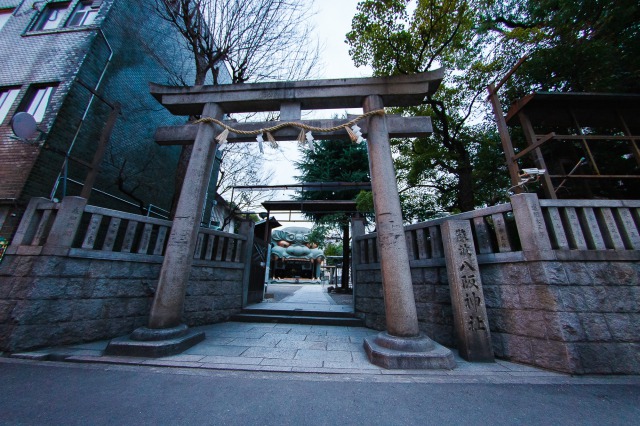 It’s said that in the period of Emperor Nintoku, when a plague began to spread in the area, because Gozu Tenno, a deity said to be the Indian god Gavagriva, appeared, it was worshipped, thus marking the beginning of Yasaka Shrine. After the Meiji Restoration, due to the separation of Buddhism and Shintoism, the temple was abolished and in the 20thyear of the Showa Period (1945), the main building was destroyed by a fire caused by an air raid. The current main shrine is relatively new, having been built in 1974.

What a strong impact!
The power spot’s Shishi (guardian lion)!
The giant guardian lion on the grounds of the shrine. Standing at 12 meters tall, it’s equivalent to a four-story building. What a staggering presence! In the back of its mouth lies a tabernacle in which the wrathful spirit of Susanoo no Mikoto is enshrined. 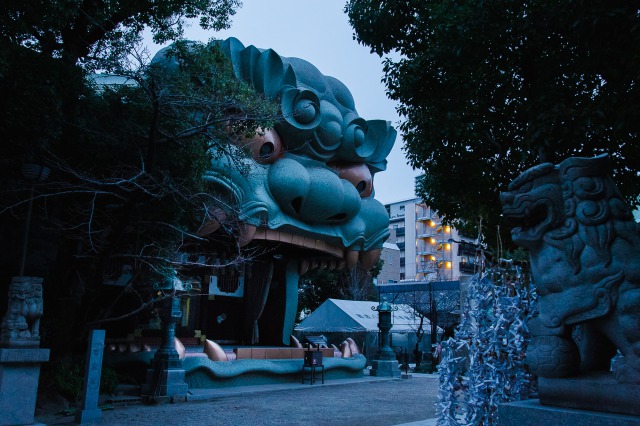 This shrine is known for warding off bad luck and promoting prosperity. The gaping mouth of the shishi is said to have swallowed up the suffering of people and brought about happiness. Thus, this shrine has become a power spot of rising popularity. To pray for things like financial well-being, good luck, improvement of studies, job hunting and entrance examinations, and favorable company development, not only Japanese, but tourists from all over the world are also making their way here. In recent years, due to the lion’s mouth swallowing up evil and leading to victory, visits to the shrine by sports players have increased as well. 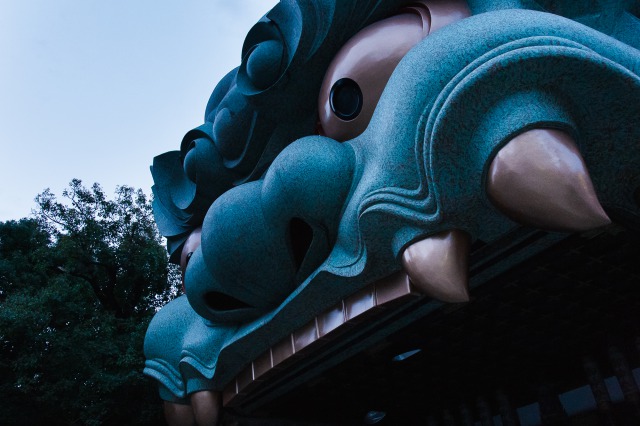 Don’t pass it up! Namba Yasaka Shrine’s festival
Speaking of the Namba Yasaka Shrine’s festival, it’s a Tsunahiki Shinji (Shinto ritual tug-of-war). This tug-of-war is a festival held every year on the third Sunday of January that was in 2001 designated as a Tangible Folk Cultural Property of Osaka city with a long and distinguished history. This is a festival, based on the legend in which the god Susanoo no Mikoto eradicates the viper monster Yamata no Orochi, in which a rope is tied in the shape of a giant snake and pulled towards that year’s lucky direction.
Every year on July 13th(festival-eve vigil) and 14th(main festival), a large-scale summer festival is held which one could also say is one of Naniwa’s (southern part of Osaka city) specialties. From within the stage inside the Shishi-den (guardian lion statue) are events such as the offering of the lion dance and mochi throwing. During the night of the festival, the guardian lion’s eyes are lit up and its nose becomes a speaker. Since both the grounds of the shrine and the area outside have a lively atmosphere, please do definitely try and attend the festival!

Brimming with character, Namba Yasaka Shrine also offers easy access to other popular Osaka spots such as the nearby Dotonbori and Namba Area! How about giving it a go on your next trip? 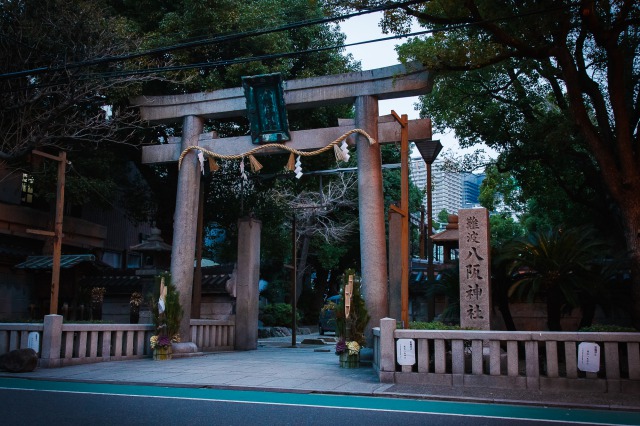